The Schiphol airport has many office facilities. One of the offices is for the central management. In this building the evacuation system and fire alarm needed to be replaced, and most importantly: the entire system had to comply with the latest regulations. The client had the requirement that the installation must comply with the CE regulations EN54-16, EN54 and EN54-24.

The property actually consists of two wings and is interconnected with a central hall. In the central hall is a reception where also the central control panel with command microphone is placed. With the wiring as a starting point we have chosen in consultation with the client for a Master-Slave configuration. This could held the cable route easily. 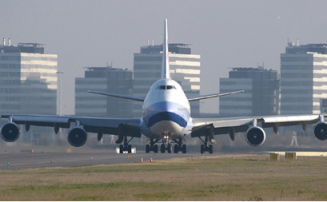 The system is implemented as a Master Slave system. These are physically two stations where the Master contains the central audio components and programming for the entire system. The Slave is actually an additional amplifier rack. Also, the communication bus with all security signaling is connected from the Master to the Slave.

By selecting the Master Slave configuration there had to be taken care to ensure the signaling of the command microphone. The microphone signal is connected to the audio amplifiers of the Slave. This requires extra wiring from Master to Slave. Therefore it is required, according to the standard, that the wiring is performed twice.

This is achieved by the TMCDAS redundant line interface. This special interface ensures the requirement of the NEN 2575 on network configurations. With the special line interface we are able to bring out a analog audio line and data line double from the master, so redundant with two cable sets led through separate fire compartments.

Before the system was operational, there have been some minor problems. This was due to the analog nature of the installation. Ground loops caused hum and other disturbances. This is solved by galvanic isolation. In December 2012 the system is fully completed.

Cofely Zaandam has received the order for replacement of the technical installations by the Schiphol Airport in 2012. They chose TMCDAS for the replacement of the evacuation system. Cofely has indicated to be satisfied with the performances of TMCDAS during the project.